Hell, are those really the others? An-Other Year STUDIUM GENERALE ROTTERDAM 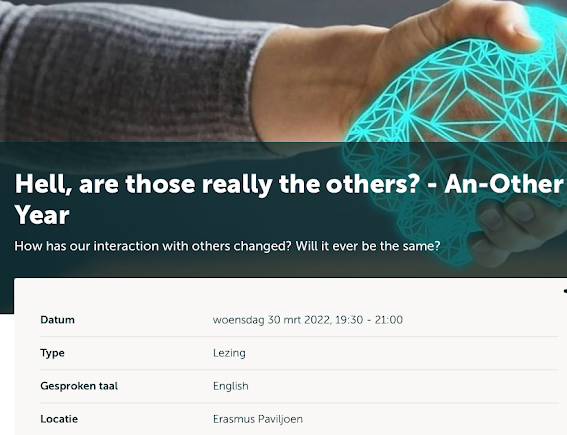 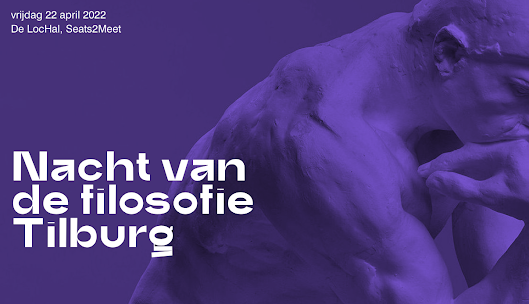 My Current Research (on Philosophy and Poetry)

And Then There Was Nothing
The Birth of (Post-)Modern French Philosophy From The Spirit of Poetry
My current research is about poetry and philosophy, two fully linguistic domains of the human mind. Both poetry and philosophy expand language, change it, in an attempt to say what could not yet be said. Yet, more than philosophy, poetry is capable of stripping language of its comforting meaning in order to build a new language. Towards the end of the 19th century, at about the same time as Nietzsche's declaration of the death of God, the French poet Stéphane Mallarmé observed that the umbilical cord between man and meaning had been almost imperceptibly severed. Mallarmé's diagnosis heralded a transition from Romanticism to modernity, where meaning of belief, feeling and expression would give way to the disappearance of meaning: hence the title And Then There Was Nothing. Instead of escaping it, poets such as Charles Baudelaire and Arthur Rimbaud, also known together with Mallarmé as the 'poètes maudits' (accursed poets), tried to bring this nothingness to full clarity. These accursed poets turned against the hypocrisy of the bourgeois spirit that sought refuge in false securities and in the all-objectifying gaze of science. What they were left with was a universe of symbols that held the promise of true meaning in the tragic realisation that this true meaning had long since been lost. The poetry of the accursed poets was dominated by the naked origins of human existence. The poets were not so much looking for a solution, but for a radical demolition of the language with which society had until then understood itself. Much later, French philosophers from Jean-Paul Sartre to Julia Kristeva seized upon this poetry to initiate the re-creative power of language, a power that goes beyond the merely philosophical. In this research, modern and postmodern French philosophy is examined in the light of late-nineteenth-century French poetry. The research focuses on the work of among others Charles Baudelaire, Arthur Rimbaud, Stéphane Mallarmé, and the philosophers Jean-Paul Sartre, Jean Hyppolite, Jacques Lacan, Georges Bataille, and Julia Kristeva.
Geplaatst zondag, september 19, 2021